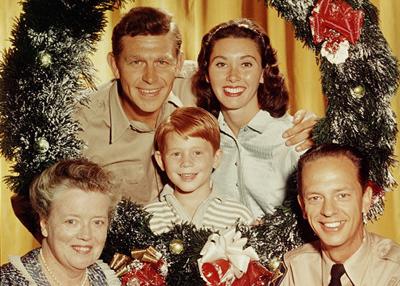 ‘Tis the season for festivities of fun and frolic and all that can be found on Saturday, Dec 14, in Troy for A Mayberry Christmas presented by Montgomery Community Theatre and Jeff Branch Productions. The holiday themed family-friendly event features Rodney Dillard of the original Darlings from the Andy Griffth TV show and the Mayberry Deputy, David Browning. There will also be a preshow with local artist, Jamal Moore, offering up some yuletide vocals.

"I always enjoy doing Mayberry events and this is the first time Mayberry Christmas has been to Troy. What a way to put you in the Christmas spirit with the The Andy Griffth Show Christmas," explained promoter, Jeff Branch.

A highlight of the evening will be original Darling, Rodney Dillard, who played guitar, never spoke a word, but sang in six episodes of the Andy Griffth Show in the mid 1960's. Rodney is the only survivng member of the four piece band, the Dillards, that included his brother, Doug, on banjo who also appeared on the TV program. Rodney will be playing, singing, and spinning yarns with his band in Troy.

Browning of Bristol, Va., reflected, "After many years performing at the Garner Center with the Mayberry Night show, it is just great to bring A Mayberry Christmas to celebrate the season in Troy. The hospitality and kindness of the folks in Troy is unsurpassed and Rodney Dillard, the Dillard Band, and I are very excited about returning at this special time of year."